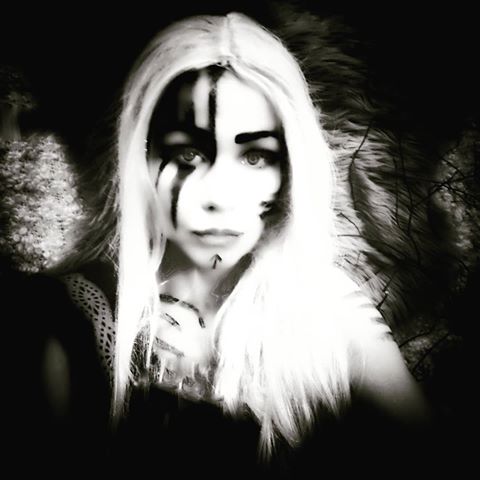 When I’m not telling people

I am the least competitive person you’ll meet

I shouldn’t have moved to America, I am an anathema

I am nevertheless, competing with myself

the breakage, subtle and merciless of my whole

appears to be my greatest talent

should they look me up in the dictionary

it began before words were formed, a slow

incompleteness quite unlike the robust energies

a thin, wan girl, slow to learn, I made up for it by being sporty

denying the gnawing, gnarling pain in my stomach

was more than a night terror

swimming for medals was competitive after all but

didn’t feel so when, head under water, the cheers sounded

like waves breaking on distant shores, easy to forget

swimming pool where small measure of fame could be found

Beneath water I felt powerful, unmolested, not burdened

by sandwich of pain in my gut or how

no-one for me sitting among keening spectators

when I came up for air.

Since then, fantasy has been my succor, I can’t deny it

perhaps I have lived half in petri-dish and tree house

with ‘here be dragons’ written on its door.

When teachers told me; I wasn’t behaving like a good girl

I said ‘make me‘ and spent the afternoon kicking muddy

what do they think we imagine as, willful, disobedient, opinionated

we are shunted from our positions as ‘well behaved’ to the

We learn the company of other Reparates

is oddly comforting, no-one to remind us we cannot

make sense of numbers and still struggle with spelling

soon I gave up trying for A’s

locking lips with strange boys who wanted my best friends

instead of this disinterested girl

but coming up for air was much harder.

surviving this long or sitting at this table, watching birds

battle their pecking order outside in a hostile green world

it’s not reluctance or shyness, they have grown comfortable with

the shifting skin of me

something that happens when you begin to leach

that essence of youth and vigor

realizing, if you can make it out of bed today

you’re doing better than the day before.

I hear in my head, the scold of my mother

who believed I gave myself this illness

and much as they’ve told me that’s madness

I am often found returning to those words

as if they have some clammy power over me

which of course, they do.

I know I was well and then I was not

just like you can remember the day you lost your virginity

or survived a car accident or inherited a country cottage

it’s a day when colors and sounds change

in this case, terror walked into my throat

sucking on me, whispered; bitch, this is your new normal.

Fight as I may, these years have unfolded like those

paper flowers I used to buy in joke stores

put them in water and watch them bloom

only long enough before turning to ink and

it’s a form of flaying when strangers are kinder than

angry with yourself for not learning sooner

This could be why I didn’t

enter many races or attempt to claw my way to the top (of what?)

better to stay low and wait it out until

you can have your turn

only sometimes, waiting uses up all the time you have left

then it’s almost too late and you have to change

Nowadays I compete with myself

can I cure the beast that’s become constant companion?

Will it matter if I do?

Fear is mauve and dives and swoops like unmated Mockingbird

Somewhere, I’m still the girl in the treehouse who says ‘make me’

perhaps one day it won’t be disappointment but

something lovely, I can only hope

though my body likes to punch me in the gut

as I fall asleep and try to dream

this was something you did wrong

even getting half way there would be some kind

which is why I always said it’s not about winning

but making the effort

to which I was told, that’s pretty negative foreign-born-girl.

Where’s your sense of spunk? I think I lost it somewhere between

throwing up for 4 months on end and the doctors saying

I’m not from here, I don’t belong

though where I came from I hardly know anymore

so I will forge ahead, outcast or survivor, pick a damn straw

with every passing year I realize

I can’t win, I but I will fight

MAKE ME I whisper to myself